Our son attended Berengarra School from year 7 at the Box Hill until the completion of his VCAL certificate at the Chadstone Campus until he graduated.  We cannot thank the school enough for providing him an education which he otherwise would not have received.

Our son has ADHD to a very high level which impacts severely on his behaviour and ability to concentrate.  As a consequence he struggled making friends and fit into the mainstream high schooling environment. He was failing and consistently in trouble, arguing and missing school. We were at a complete loss of what to do next. He was failing and at extreme risk of not having much of any education and possibly turning into trouble.

When our son first started at Berengarra he was disruptive and very difficult but little by little with the hard work put in by the teachers and staff he started to believe in himself and started to achieve his goals at school, not only academically but holistically as a person, and was able to make some friends and maintain his relationships.

While it hasn’t always been plain sailing, the support and dedication by the teachers and Berengarra school as a whole has been pivotal in our son completing his VCAL certificate and having achieved his goals.

If we could give an award then we would give it to the teachers and staff at Berengarra because without them our son wouldn’t have made it.

Testimonial for Berengarra School.
I am very pleased to provide a testimonial to the Berengarra School as my daughter Lizzie leaves to start the next part of her schooling.
Lizzie has ADHD, anxiety and processing/learning difficulties. She was at a mainstream secondary school until mid-way through year 9. Despite assurances she would be supported, Lizzie fell out of the schooling system, and became disengaged with both her education and those around her.

We came to Berengarra full of hope, and this was not misplaced. The care, support and genuine passion all staff have is truly remarkable. Their patience, skill and ability to deal with a broad range of kids with varying needs is admirable. They work tirelessly for these kids who have been left behind by mainstream schooling system and bring out the best in these individuals.

Berengarra has provided Lizzie with the opportunity to develop her potential and she moves back to mainstream schooling to complete her VCAL as a confident and mature young adult who has made many strong connections and friendships along the way.

Was diagnosed with Aspergers Syndrome when he was 6 years old – this combined with his very high intelligence (IQ of 145) has made Fletcher a very interesting, very different child from his peers causing loads of challenges for him, his peers, his teachers and his family. Before Fletcher came to Berengarra he was unhappy at school, only participating in classes where he was interested in the topic, being disruptive and unco-operative when he wasn’t interested, challenging teachers in their authority and confused about himself and sometimes unable to control his frustration and temper. On his first visit to the school, he wouldn’t even get out of the car. On getting over this first hurdle, Fletcher did actually spend 2 years at the school completing years 8 and 9 there.

During his time at Berengarra School, Fletcher learned a lot about himself, about Aspergers Syndrome, about his challenges and most importantly how to accept who he is, accept his peers, accept his environment and develop strategies to better manage his way through the minefields of a world where he is very different from many people around him. Despite all the ups and downs through his time there, the staff totally believed in Fletcher, they had no doubt that there was a great kid under the gruff and somewhat awkward exterior and managed to bring a lot of the real and better Fletcher out to the surface – he even started to laugh again, learned how to make friends, and learned how to manage and function in a school environment. The staff were very clear with their expectations of Fletcher. Through it all they were never-endingly supportive of Fletcher and us, his family.

Since leaving Berengarra School, Fletcher has much more confidence in himself, is more comfortable with who he is, is calm and self contained. He has improved significantly in his ability to participate in classes and a social context than he ever has been able to in the past. Fletcher is now completing year 10 at a secondary college and has been accepted into Computer Engineering at TAFE and hoping to go on to tertiary studies in this area once he has completed years 11 and 12. He has maintained his interest in Scouts and is now a leader, he is also now teaching himself (on line) to speak Russian!

Before I found Berengarra School I was a school refuser, I would go to school maybe 2 half days a week at the most. I would lye in bed and refuse to get up. I hated school so much, it felt like a prison to me. I would cry myself to sleep thinking that the next day I would have to go to school. I would cry when I woke up and fight with my parents for about 2 hours before they finally gave up.

I wouldn’t get out of bed all day my life was just sleep, eating and crying. I was at my 2 nd High School and there was still no change, school felt like it was a chore, it felt like a prison to me. I used to shut out the world, and just live in my bedroom. I shout out friends and shut out the whole world, and when I went out I still shut everything out. I used to wear guys clothes, huge baggy jeans, huge shirts, huge jumpers with hoods, and a beanie.

Then my parents stumbled across Berengarra School. They thought it sounded too good to be true, so we went for an interview. It looked really good, like it could really help me, so we gave it a shot and I started that week. From then on I only have got better.

I now attend school every day, heave heaps of friends and don’t shut people out. On the weekends I go out and socialize instead of sleep my life away, yeah, I still have my lazy days, but I’m a teenager, what teenager doesn’t?

The things that Berengarra School does that no other school does are just simple things that make a huge difference. Such as the teachers are on a first name basis, this means that they seem more like your friends than your superiors, yeah they are superior and have authority but they don’t use it as a weapon. They don’t expect to be respected they will earn you respect; you have to earn their respect the same. It just makes things an even playing field for everyone and makes it a much more relaxed environment. At normal school I have found that teachers hold a grudge and don’t forget things, but at Berengarra School they do, they go yeah you mucked up, but you fixed up so we are square and no more is said about the issue.

I came to Berengarra School because I was really struggling with authority at my previous school, and I got involved in things that were stupid and I made lots of bad decisions and always misbehaved.

Being at Berengarra School has changed me allot because I have seen the kind of people that I easily could have turned into if I continued with that behaviour I displayed at my old school. At Berengarra School I feel a lot more calm about going to school knowing that my teachers aren’t “out to get me” or anything like that and that the spotlight isn’t put on me as the BAD KID like it was before.

The best thing about Berengarra School is that I feel a lot more comfortable and relaxed and I actually enjoy going to school and now that I rarely get into trouble anymore I know that there’s a purpose going rather than going to cause trouble or getting myself into trouble.

I came to Berengarra School because I got into a fight with another student and I was swearing and I kept getting sent home for swearing at other students. My work was good but my behaviour towards other students was unacceptable. I had trouble making friends with people.

For me the best thing about Berengarra School is that everyone is friendly and they accept me for who I am. It is small school so it is easy to get along with everyone because everyone hangs out with everyone.

I would have to say making friends and improving my school work has been the best thing, they have always accepted me for who I am.

Next year I am going to TAFE and here part time.

What brought me to Berengarra School was that I couldn’t go into a mainstream school and survive, because I was disruptive and always wanted to stuff around, and never do work.

Berengarra School has helped me so much with my life, I have turned it all around in the time I have been here.

All the teachers here have supported me in my journey, and I am very grateful for it. I have even got a job now and I would be very incorrect in saying that it was all my work, and not anything to do with being here at Berengarra School.

To provide an innovative, alternative setting for students with social and emotional challenges. Our programs provide the opportunity to re-engage in learning through a quality, skills-based curriculum in a wellbeing-centred environment.

Moving forward with confidence and a ‘chance for change’ to create a positive future.

Fostering a deep sense of school community where everyone is accepted and celebrated for who they are in a respectful, inclusive and compassionate environment. 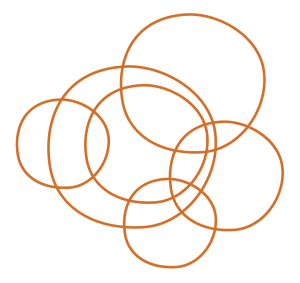 Empowering growth and learning in a safe and supportive community.

Being guided to accept responsibility and face new challenges to achieve our goals.